Master of the Game DVD Release 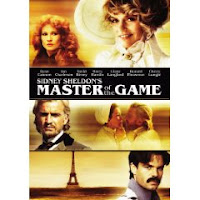 Does anyone remember the mini series "Master of the Game" with Dyan Cannon from 1984?
Well, it was really worth watching it and I highly recommend it (as much as I remember it. Haven't seen it since then).

This miniseries has had its DVD release this year in March (for some reasons I absolutely missed it)..

Order from amazon.com by clicking here:

This was released in Sweden last year but I didn't like it that much. They also released "If Tomorrow Comes" in Sweden at the same time, much better! :)

Laura Johnson and Ursula Andress shared the same man... Makes sense since they're both the same age...