Here's an interesting interview with Robert Foxworth and Elizabeth Montgomery from 1992. Foxworth talks a bit about Falcon Crest and why he took the role.

Here are some more "Castle" Reviews

... The show gets additional zing from Castle's ex-wife and editor (Monet Mazur), his plucky teenage daughter (Molly C. Quinn) and "Dharma & Greg's" Susan Sullivan, who romps through her scenes as Rick's ma 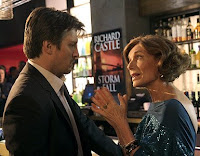 ...Susan Sullivan (Greg's mom on "Dharma and Greg") whoops it up as Castle's Broadway-diva mother who trolls his book-launch party looking for a new beau.

"I just got a hit on my graydar," she says, eyeing an older gentleman. "Stand back, kids. Momma's going fishing."

...It might also be nice to see Rick get roughened up a little. Though he's presented as something of a bad boy, the character is almost too nice, raising a stable teenage daughter (Molly Quinn) and putting up with his ex-actress mom (Susan Sullivan, who could challenge 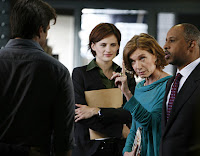 90210's Jessica Walter to a boozy grandma-off) crashing at his house.
Full Article

Falcon Crest composer Mark Snow (Seasons 6 & 7) is working on a new project entitled "Les Herbes folles". It's a French drama movie directed by Alain Resnais.
It's the second time that Mark Snow and Alain Resnais are working together. In 2006 they worked on the movie "Coeurs" ("Private Fears in Public Places") that received several awards and a César nomination for best music.

Here are some pictures from last year's premiere of the second X-Files movie "I want to Believe". 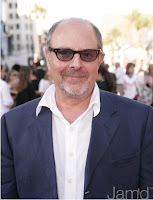 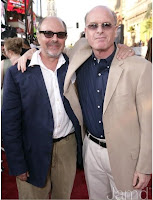 Here's a picture from that event.

Lorenzo Lamas attended the Premiere of "Watchmen" on March 2nd, 2009 at the Chinese Theatre in Los Angeles. He appeared with his daughter Shayne.

One of the stars in this movie is Carla Gugino, who was on Falcon Crest's season 9 as Sidney St. James.

Falcon Crest will be released on DVD on May 8th, 2009. The first release will be in Germany, but the English and Spanish audio will be available, too.

As the release on Season 2 depends on sales of Season 1 all fans should order a box of the first season. You can use several German websites to get the DVD, for example www.amazon.de

This is a rare German Version of the Falcon Crest Season 7 Opening. The German editors inserted Leslie Caron as Special Guest Star in the maintitle.