Okay, I'll have to warn you: Please don't watch this video if you can't handle this. :-) Last year, Lorenzo Lamas was filmed while having a face lift. For his new wife, he wanted to look young and went to a plastic surgeon in Beverly Hills. Well, the result (and the surgery) can be watched in this video:

Kim Novak to Be Honored at TCM Festival

The 2012 TCM Classic Film Festival will honor actress Kim Novak with a multi-tiered celebration of her extraordinary career. Among the events, Novak will have her hand and footprints enshrined in concrete in front of Grauman’s Chinese Theater.

She will also join TCM host Robert Osborne for an in-depth conversation to be taped in front of a live audience for airing on TCM later. And she will introduce a screening of Alfred Hitchcock’s suspenseful classic Vertigo (1958). The TCM Classic Film Festival takes place Thursday, April 12 – Sunday, April 15, in Hollywood.

Novak and Osborne’s conversation will air on TCM next year as an original special entitled Kim Novak: Live from the TCM Classic Film Festival. The chat will be taped Friday, April 13, at The Avalon.

Novak will also introduce a festival screening of Vertigo at Grauman’s Chinese Theatre. The film, which features one of Novak’s most powerful and seductive roles, is considered by many to be Hitchcock’s best film. 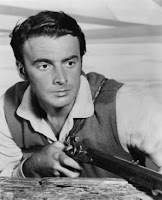 Falcon Crest director Jerome Court­land, who was also a director for primetime soaps KNOTS LANDING, DYNASTY and THE COLBYS, died on March 1 of heart dis­ease in the Santa Clarita Val­ley, Cal­i­for­nia. He was 85.

Court­land was a pro­ducer at Walt Dis­ney Stu­dios and Screen Gems for over 25 years. He had been an actor before turn­ing to pro­duc­ing and direct­ing. In 1959, he nar­rated the Dis­ney short Noah’s Ark, nom­i­nated for an Oscar the fol­low­ing year for Best Short Sub­ject (Cartoon).

He worked on such fea­ture films as Escape to Witch Moun­tain, Ride a Wild Pony and Return From Witch Moun­tain. Before he left Dis­ney in the early 1980s, he pro­duced the live-action movie The Devil and Max Devlin.

Courtland also appeared as an actor on KNOTS LANDING for a couple of episodes playing Dr. Green.
He moved to the Chicago area in 1997, becom­ing a Colum­bia Col­lege pro­fes­sor. For five years, he taught act­ing and direct­ing for the cam­era. He retired to Florida, where he wrote and illus­trated children’s books.

He was married three times, the first to actress Polly Bergen. The second to Janet Courtland with whom he had 3 sons; 2 daughters; 11 grandchildren; and one great-grandchild. He is survived by his third wife Marlene and 2 half sisters, Margaret England and Betty Shattuck.

A memo­r­ial ser­vice cel­e­brat­ing his life is planned for March 31. 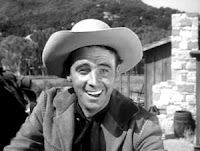 Last week, Morgan Fairchild was a guest on the season premiere of "Happily Divorced" with Fran Drescher.

Morgan played the part of Fran's college nemesis Jill and as she stated in a short interview, she had a great time being on the show. 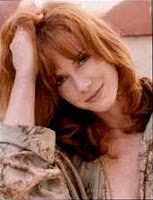 Jamie Rose recently was interviewed by James M. Tate. She talks about her career, her new book "Shut Up and Dance" and for sure she talks a lot about Falcon Crest, Jane Wyman and Lana Turner. She also reveals that other actresses who were considered for the role of Vickie were Heather Locklear and Janine Turner.
Thanks to a fan who has sent me the link.

Listen to internet radio with cultfilmfreak on Blog Talk Radio

There's a new interview on youtube online: This time, Henk van der Meyden talks to Robert Foxworth. The interview was filmed at the end of 1982. Foxworth talks about working with co-star Jane Wyman, having fun on the Falcon Crest set and how his beard was an issue before filming Falcon Crest. Enjoy.

Please come over and like our Facebook Page (and recommend it to your friends)... We have a great community there and also many pictures that are not shared here on the Blog.

Would love to see you there :-)

This one's a video with Susan Sullivan & David Selby in an interview with Entertainment Tonight in 1987. They talk about attraction and love scenes. What a great chemistry they have.
Enjoy!