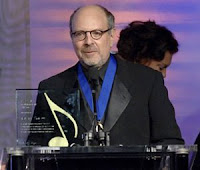 Currently, he is working on a new project titled "2012-ish: the Day the Earth bent over". It's a movie about a young scientist who fights to save the earth from several threatening catastrophes.
at 10:14 AM