Happy New Year to all Falcon Crest Fans, to the cast and the crew of our beloved show. Thank you all for your support in the past years. It’s been 8 years since I’ve started this blog and it still makes fun posting photos, videos and connect with the fans.
Hope you all will have a wonderful 2016 and don’t forget: from time to time we all experience hard times – but even in difficult times you’ll always find a place at Falcon Crest where you can relax and find a bit diversion. So, all the best for you guys out there! A toast to 2016! 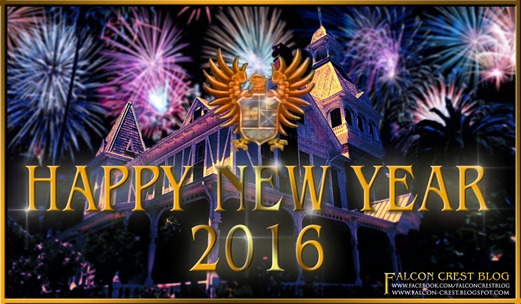 Quote of the Week


Merry Christmas and a Happy New Year to all Falcon Crest Fans, to the Cast and the Crew! Happy Holidays and Best Wishes!

Falcon Crest Scene of the Week! A classic moment from the season 4 opening episode “Requiem”: Angela and Chase at the cemetery.
☞ Please share with your friends, like and comment ☜
#falconcrest #soapoperas #80s #tvshows 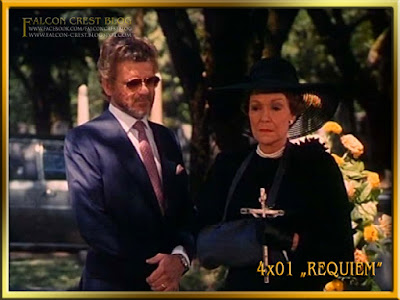 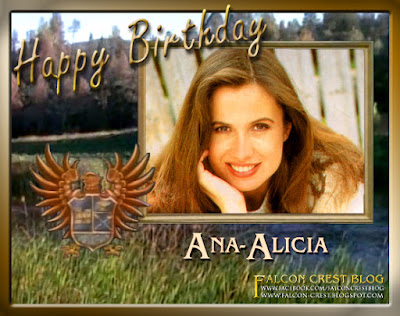 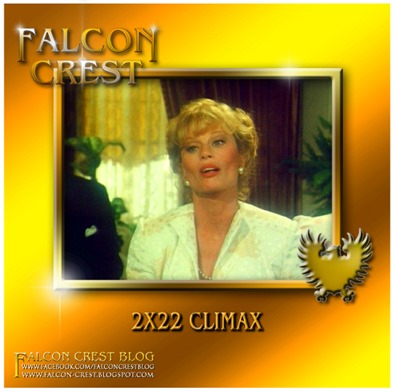 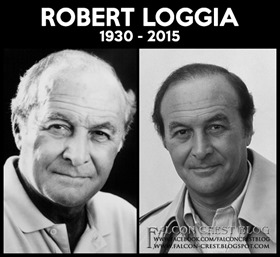 According to his widow, Loggia had been battling Alzheimer’s Disease for the past five years. "His poor body gave up," she said. "He loved being an actor and he loved his life.".
They had been married for 33 years. Audrey added that the actor "was an awesome husband and an awesome father."

He was nominated for a supporting actor Academy Award for “Jagged Edge” in 1986 for his portrayal of  blunt private detective Sam Ransom. In 1989, he was nominated for an Emmy in 1989 for his portrayal of FBI agent Nick Mancuso in the series “Mancuso FBI” — which has a spin-off of the character he created in the “Favorite Son” miniseries starring Harry Hamlin — and again in 2000 for his guest star role in “Malcolm in the Middle.”

A solidly built man with a rugged face and gravelly voice, Loggia fit neatly into gangster movies, playing a Miami drug lord in "Scarface," which starred Al Pacino; and a Sicilian mobster in "Prizzi's Honor," with Jack Nicholson and Kathleen Turner. He played wise guys in David Lynch's "Lost Highway," the spoofs "Innocent Blood" and "Armed and Dangerous," and again on David Chase's "The Sopranos," as the previously jailed veteran mobster Michele "Feech" La Manna.

Asked in 1990 how he maintained such a varied career, he responded: "I'm a character actor in that I play many different roles, and I'm virtually unrecognizable from one role to another. So I never wear out my welcome."

Loggia is survived by his widow; three children, Tracy, John and Kristina, and a stepchild, Cynthia.

His family has asked that donations be made to the Motion Picture and Television Fund. Loggia was an active supporter of the fund.

Falcon Crest Clip of the Week! What if Falcon Crest was developed as a sitcom instead of a drama show? Well, maybe it would have looked like this one….. Enjoy and have fun with celebrating the anniversary!

It’s been 34 years since the very first episode of FALCON CREST aired on December 4, 1981!
So, Happy Birthday to our wonderful show, to the cast and crew and to all the fans who keep Angela Channing's legacy alive! 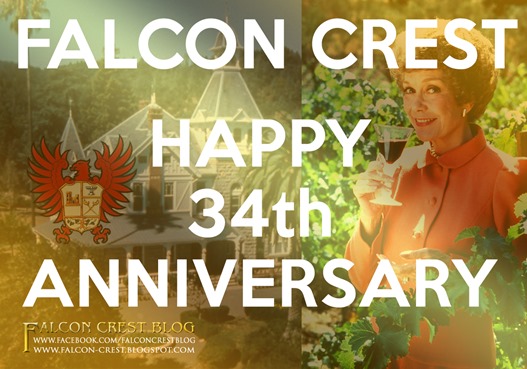