The Palm Springs Walk of Stars is seeking $5,000 in donations needed for a star for Oscar-winning actress and former Coachella Valley resident Jane Wyman, it was announced Monday, September 16.

Half of the $10,000 has already been raised to pay for the star, according to walk president Bob Alexander.

Wyman, who died in Rancho Mirage in 2007 at age 90, won an Academy Award for best actress for “Johnny Belinda” in 1949. She appeared in almost 90 films, more than 200 episodes of soap opera “Falcon Crest” in the 1980s and more than 70 other television shows, including 49 installments of “Jane Wyman Presents The Fireside Theatre.” She was married to Ronald Reagan from 1940 to 1948.

Her career lasted 61 years, from an unaccredited appearance in the 1932 musical comedy “The Kid from Spain” to a 1993 episode of “Dr. Quinn, Medicine Woman.” She moved to Palm Springs, then Rancho Mirage and was buried in Cathedral City, according to imdb.com.

Anyone interested in donating for Wyman’s star should call the Palm Springs Walk of Stars at (760) 416-5811.

It’s time for another theme swap and this time I’ve tried another series that also has a great opening theme (composed by Falcon Crest composer Bill Conti): North And South.

For this theme swap video I’ve used the design that was used in North & South’s season 2 and filled it with the actors from Falcon Crest’s season 4. 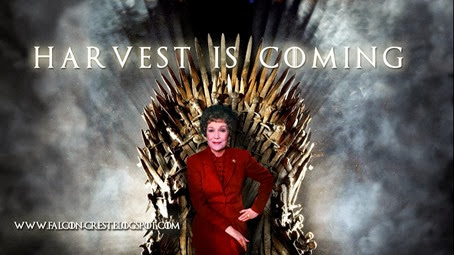 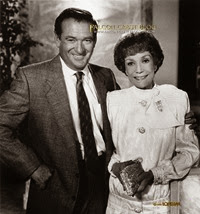 Hey Falcon Crest fans,
I’m on my way to the airport for a flight to Italy…. ll be on vacation, so there won’t be any updates in the next two weeks. Let’s catch up again upon my return. 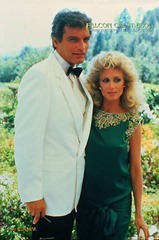 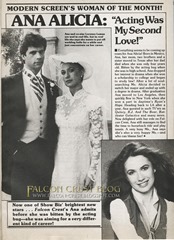 Abby Dalton is back! She recently starred in the short comedy “Mrs. Sweeney”, a film about elder abuse and the consequences of neglected children.

The movie was written and directed by Abby’s daughter Kathleen Kinmont and won the “Best Director Short Film” award at the Treasure Cost International Film Festival. It was also accepted for the Orlando Film Festival and will be shown there in October.

On the Official Facebook Page you’ll find plenty of pictures. 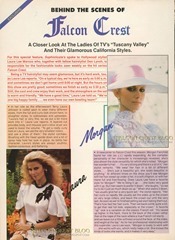 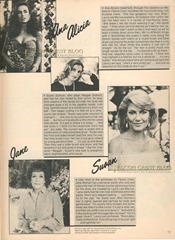 1986-06-01 Sophisticated Hairstyleguide: Behind the Scenes of Falcon Crest
at 8:50 AM No comments: 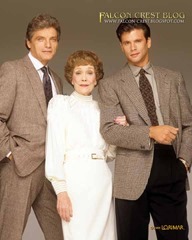 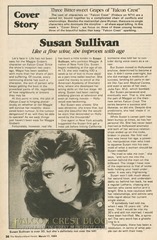 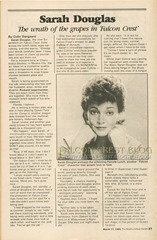 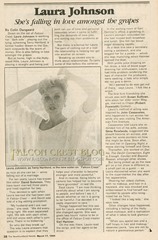