Friday is Opening day! Here's the second version of the season 5 maintitle (with the coat of arms instead of the mansion's drawing). How do you like this one? 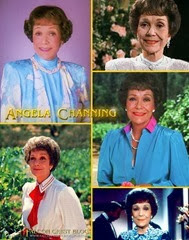 It's ThrowbackThursday at Falcon Crest! Let's see how it all began:

Emma and the death of Jason Gioberti

The Channings meet the Giobertis

The lovely Ana-Alicia over the years... In this clip all Ana-Alicia pictures from the Falcon Crest openings are shown. She appeared in the intros season 2 - 8 (1982 - 1989). Enjoy! 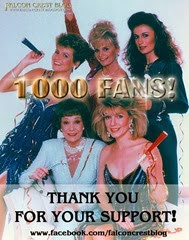 Wow… We’ve reached more than 1000 Facebook fans. Thank you all for your support, you’re amazing!

Kim Novak to present at the Oscars 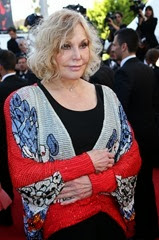 Neil Meron co-producer of the Academy Awards tweeted that Falcon Crest guest star Kim Novak (81) will be a presenter at the Oscars on March 2nd.
Novak makes rare appearances these days. She did come to last year’s Cannes Film Festival and we also saw her in public in 2012, when she received her star on the Hollywood Boulevard.
Since being retired from acting (after having a bad experience with director Mike Figgis while working on the movie “Liebestraum” in 1991 ) she resides with husband Robert Malloy on a ranch in Oregon where they raise horses and llamas. Novak is also an accomplished artist and has exhibited several of her oil paintings in art galleries. 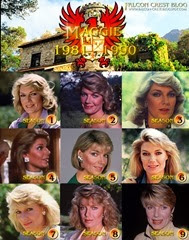 Sunday's Season Question: Maggie underwent several style changes over the years. What was your most favorite?

Saturday Falcon Crest Game: Can you name the episode title? Maggie does not look so happy in this one... 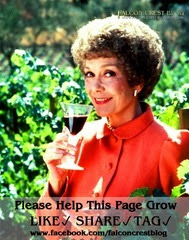 It's time to start with a new season opening.

After I've finished season 4 I'll start uploading the openings for season 5. Stay tuned. This is version 1 from the season premiere (with the mansion instead of the coat of arms). 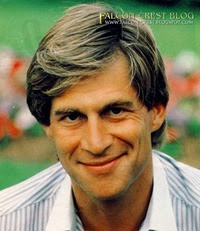 TRIBUTES were paid to the “shining light and life” of Simon MacCorkindale on February 12 as 200 friends attended a memorial service in London. He would have celebrated his 62nd birthday.

Famous friends of the actor included Twiggy, Gloria Hunniford and Anthony Andrews were among the stars who arrived to pay their respects.

The actor’s widow, actress Susan George, 63, said of her husband of 28 years: “He was the love of my life. He was my rock.”
On 14 October 2010 the ruggedly handsome actor died in his wife Susan George's arms aged 58 at the London Clinic after a five-year battle against cancer.

They had just celebrated their 26th wedding anniversary at the time.  Susan said in an interview with the Mail Online about his passing: 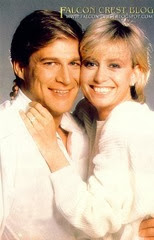 ‘In the few days before, he was in and out of sleep because he was in a lot of pain. I was holding his hand, and at one point he looked up at me and said, “Don’t worry darling, I’m not going anywhere.” 'And I told him, “I know you’re not – don’t be ridiculous. I’m just here and we’re going to get through this blip. We’ve been here before MacCork, and we’re here again.” Simon had already recovered from four bouts of cancer-related pneumonia.'

But in spite of the hope they both clung to, Simon’s cancer, first diagnosed in the colon and later found in his lung – could not be conquered in spite of him undergoing all kinds of treatments including chemotherapy, homeopathy, a strict macrobiotic diet, use of Amazonian herbs and spiritual healing.

A host of stars who had either worked with Simon or were personal friends, crowded in to St Paul’s church in Covent Garden. There were tributes from Hayley Mills, Tom Conti, Anthony Andrews, Casualty star Tristan Gemmill, Tracey Childs of the TV series Broadchurch, and Susan George.

Dame Maggie Smith, who worked with him on the film Death On The Nile, sent a message from India, where she is filming. Christopher Plummer said in a message: “He brought joy to the world and was a man of courage.”

At the end of the service the Rector, the Rev Simon Grigg, invited everyone to give Simon “an almighty final applause”. They left to the sounds of bagpipes played by a kilted piper. 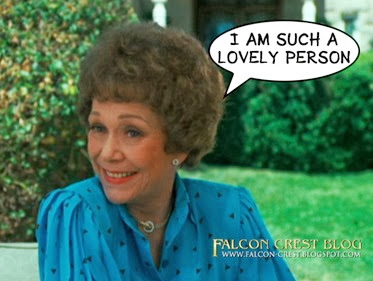 On youtube, you can find a great documentary about Cesar Romero that focuses on his life and his career.
In some short interview sections, Falcon Crest stars Jane Wyman and season 2 guest star Anne Jeffreys talk about their beloved friend “Butch”. 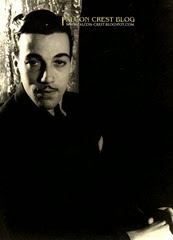 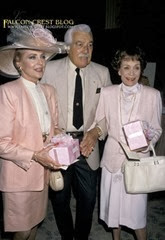 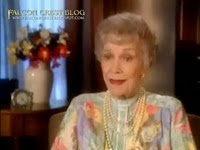 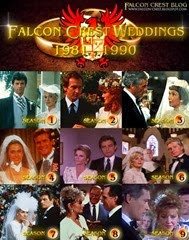 In each Falcon Crest season, there was at least one great wedding scene. I picked some of them of each year. So, what's the most memorable for you?

And finally the last opening of season 4... without Abby Dalton, Paul Freeman and Sarah Douglas....

In each season, Angela had a different hairstyle... So, what's your favorite? And what's your least favorite wig? 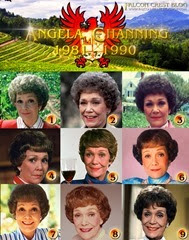 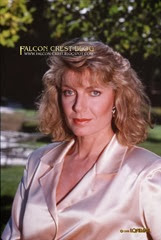 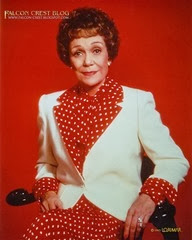 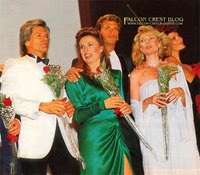