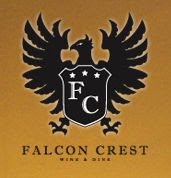 Did you know that there's a restaurant in Oslo, Norway that uses the name "Falcon Crest Wine & Dine"?
Not only the name is used, also the logo looks very, very similar to the famous Falcon Crest logo.
Well, let's hope, the owners have as much good taste regarding the food as they had with the name ;-)

Check out their website to watch some of the restaurant's pictures: www.falconcrest.no 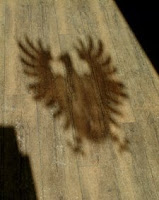 Check out this interview with Leslie Caron (Nicole Sauguet on FC's season 7) on youtube.
It was done in 2007 after Leslie won an Emmy Award as Outstanding Guest Actress in a Drama Series for "Law & Order: Special Victims Unit".

For more information on her auberge (mentioned in the interview) in Burgundy check out her website: www.lesliecaron-auberge.com

Here's a nice interview with Kristian Alfonso on the Arsenio Hall Show in 1990.
Kristian talks about her pregnancy, "Days of our Lives" and "Falcon Crest".

Shayne Lamas on "The Bachelor"

Shayne Lamas, the daughter of Lorenzo Lamas, is all set to woo the ‘Bachelor’! Shayne is one of twenty-five women competing for Matt Grant, who is prized bachelor on ABC’s The Bachelor: London Calling.
She is although a ‘B’ grade actress but is better known as the daughter of one of the hunkiest actors in Hollywood, Lorenzo Lamas.

Shayne Lamas, 22, who has appeared on “General Hospital” and three unheard-of movies - most recently as “red bikini girl” in something called “Endless Bummer” - hopes to be the winner of the dating show, which this season will feature the first British bachelor, Matt Grant. 27-year-old Matt Grant is a global financier from London, who is the first international Bachelor. 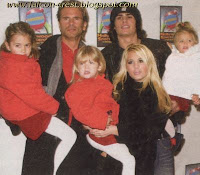 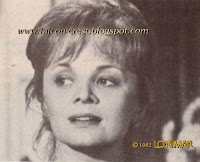 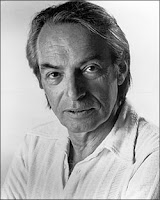 Leonard Rosenman died on March 4, 2008 of a heart attack at his home at the Motion Picture & Television Country House and Hospital in Woodland Hills, California.

Leonard Rosenman was the composer who created the score for the unaired Falcon Crest pilot "The Vintage Years".

He was born in Brooklyn on Sept. 7, 1924.
After service in the Pacific with the Army Air Forces in World War II, he earned a bachelor's degree in music from the University of California, Berkeley.
He also studied composition with Schoenburg, Roger Sessions and Luigi Dallapiccola.
Mr. Rosenman also has written incidental music for such series as "The Defenders", "The Twilight Zone", "Gibbsville" and "Marcus Welby M.D."

In his 70s Rosenman was diagnosed with Frontotemporal dementia, a degenerative brain condition with symptoms similar to Alzheimer's disease.

Leonard Rosenman enjoyed astronomy. For his observing he used a 14-inch computerized telescope which he had set up at his home in the Hollywood Hills. The telescope was a Celestron Compustar C-14 that was retrofited by LA Optical CO. in about 1990.

He earned two Academy Awards, Oscars for musical adaption: for Barry Lyndon (1975) which drew on music by Handel, Schubert and others and Bound for Glory (1976), based on Woody Guthrie songs. 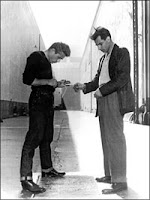 Rosenman with James Dean on the Warner Bros. lot in 1955