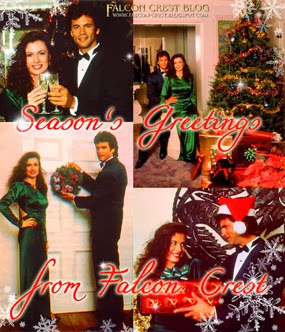 Check out what Lorenzo has to say about Jane Wyman in this article from fansshare.com: 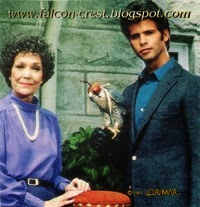 Actor Lorenzo Lamas has worked with some top names in the industry in his career but he says that he learnt most from working with the extremely talented Jane Wyman. Lorenzo says that Jane was the perfect role model, as she was in no way a diva and was always there to help him when needed.

Lamas explained, "She was an actress, not a diva. Always arrived on time, knew the dialogues, did not ask a huge caravan. So no other actor could ask for a huge caravan. The only thing of which she could not talk about was her marriage to Ronald Reagan."

He added, "Working with stars intimidated. What happens is that when you're young and a bit silly not you realize that you have the opportunity to work with

legendary actors. There were times when I thought that at one point someone would appear on the set for me. 'We realize that you have no idea of ​​acting, is over' That's what I did to keep the humility."

Lorenzo Lamas has a very busy couple of years coming up, with a number of movies due to be released over the course of the next year or so. Lorenzo has no fewer than five films in post-production right now, as well as a couple of television projects. 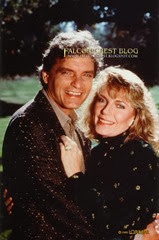 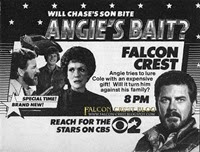 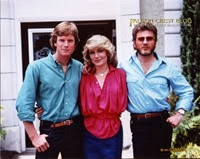 Some of you might know I did a special for each season that came out on DVD. Now it’s time for the third year. A terrific and classic season from 1983/1984. Enjoy the best scenes from Falcon Crest’s Season 3.