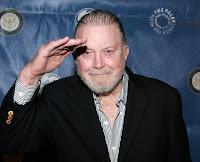 Cliff Robertson (85) attended the celebration of the historic television series 'General Electric Theater' at the Paley Center For Media on October 12, 2010 in New York City.

Here are some pictures with Piper Laurie ("Twin Peaks"): 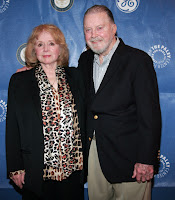 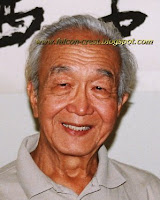 The 83 year old actor was born in Shansi Province, China. His family arrived in New York City in 1939 as a result of the Japanese invasion of China.
Chao-Li received his B.A. from St. John's College, his first Masters degree from New York University, and his second Masters from The New School for Social Research. He passed on his learning throughout his life, both informally at his home and formally, teaching university extension courses in philosophy, the Tao te Ching, and the I Ching. He moved to Los Angeles in 1975 and established the Taoist Sanctuary. He is credited with being one of the first people to introduce Taoism to America. He practiced what he taught, and lived by the Daoist philosophy of modest behavior, humbleness in your heart, and an honorable career for the purpose of service, guidance and encouragement to others. 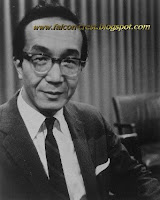 Chao-Li's performance career began with the East and West Association, under the direction of Pearl S. Buck. He was a featured performer in 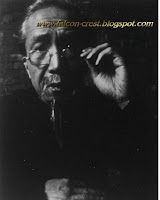 Maya Deren's 1948 avant-garde short film, Meditation on Violence. He was a regular member of Mara and her dance troupe, and it was while on an engagement in 1967 with Mara that he went to Dayton, OH, and subsequently became the Dance Director of the Living Arts Program and developed its' Dance Department. He was a practitioner of modern dance, Judo, Ai Ki Do, Tai Chi, Ballet, and fencing. His Broadway credits include the original Rogers and Hammerstein's "Flower Drum Song", travelling through 48 states with their National Tour.

As an actor, Chao-Li is perhaps best known for his role as "Chao Li" 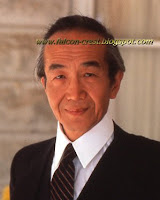 in the television show Falcon Crest (1981-1990), becoming one of the first native Chinese actors to break into Hollywood. He has appeared in over 51 movies or television programs, including Big Trouble in Little China, M*A*S*H*, The Joy Luck Club, The Nutty Professor, and, most recently, The Prestige, Wedding Crashers, and Pushing Daisies.
Every Saturday morning for almost 30 years he taught Tai Chi in the beautiful courtyard of the Pacific Asia Museum in Pasadena, continuing his tradition of teaching 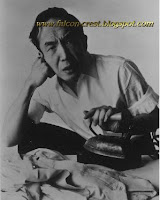 Tai Chi that began back in New York in 1948. His students, many of whom studied with him for years, also learned Qi Gung and the Tao te Ching under his tutelage. He also taught Tai Chi at The Lee Strasberg Theatre and Film Institute (LA) and Cal State LA.

He is survived by his widow, daughter, and step-son.

Chao-Li was a wonderful person, full of spirit and happiness. We will miss him very much.

There is a website where you can leave your condolences.
Thank you for everything, Chao-Li. 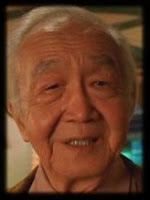 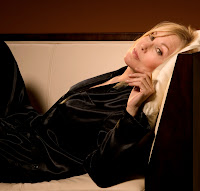 Novak's manager says the 77-year-old "Vertigo" actress will receive "minimal" treatment, as the cancer was caught early by a routine mammogram and that she is in "fantastic physical shape."

This is great. A wonderful video with the memories of Earl Hamner, Abby Dalton, Ana-Alicia, Lorenzo Lamas and Margaret Ladd

Actor Simon MacCorkindale has died aged 58 after suffering from cancer.

His publicist, Max Clifford, said he died in the arms of his wife, actress Susan George, on Thursday night in a London Clinic.

The actor revealed last year he was diagnosed with bowel cancer in 2006, but was told it was terminal after it spread to his lungs a year later.

He spent six years on the BBC medical drama as Dr Harry Harper.

He was also known for starring in 1980s series Manimal and appearing in the 1978 Agatha Christie film Death on the Nile. 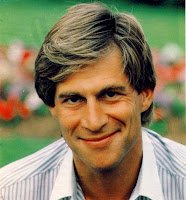 George said: "No-one could have fought this disease any harder than he did since being diagnosed four years ago.

"He fought it with such strength, courage and belief. Last night, he lost this battle, and he died peacefully in my arms.

"To me, he was simply the best of everything, and I loved him with all my heart. He will live on in me forever."

Born in Cambridge, MacCorkindale intended to follow his father into the RAF, but his deteriorating eyesight meant he had to follow an alternative path.

He began his career in theatre, making his West End debut in a production of Pygmalion, before moving to the small screen.

He moved to the US after the success of Death on the Nile where he had roles in various TV series including Dynasty, Hart to Hart and The Dukes of Hazzard before securing the lead in adventure series Manimal.

After being diagnosed with cancer while working on Casualty, he left the drama and returned to the stage in the West End production of The Sound of Music until its closed in February 2009.

His last television appearance was on BBC series New Tricks earlier this year.

John Yorke, controller of BBC drama production, said the actor was owed a "massive debt" for his work in Casualty.

"Not only was he a fabulously iconic consultant, he was also an inspirational team leader," Mr Yorke said.

"One of the reasons so many people have loved working with him on Casualty is because of the tone he established on the shop floor - always welcoming, always disciplined, always quietly the leader.

"Simon had an extraordinary career encompassing - amongst many other things - matinee idol, Hollywood lead, film and theatre director, film producer and horse breeder.

"That amazing energy and appetite for life remained with him to the end."

Simon will be missed!

And finally, Margaret Ladd. What a sweet interview she gave. Margaret shares stories about Falcon Crest and about the Season 3 cliffhanger.

Robert Foxworth talks about working with Susan and Jane

Susan gave a great interview. She talks about Falcon Crest, her favorite storyline and about working on Castle

Lorenzo Lamas talks about his Falcon Crest colleagues, about Jane Wyman and about being on the set.

Earl Hamner was at the Falcon Crest Reunion, too. Here's a small interview with the creator of the show. Abby Dalton is also joining him. Very sweet to see them together.

A great interview with Ana-Alicia. She talks about Falcon Crest, about her personal life and her return to acting:

Finally, the Falcon Crest Reunion took place. So great to have them back.

Thomas J. Pucher, the president of the Falcon Crest Fanclub was at the event in Los Angeles and shared some nice stories and photos with us at the Official Falcon Crest Homepage www.falconcrest.org.

I also have some great photos for you: 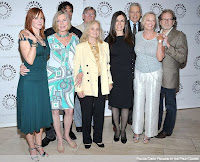 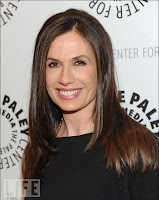