On April 4, 1986 Jane Wyman was a guest on the "Hour Magazine", hosted by Gary Collins. She talks about her co-star Cesar Romero, about her work on Falcon Crest, reactions from viewers, her career and she even dances with Gary.

Please check out this great interview.

David Selby talks about working with Jane Wyman and Susan Sullivan, about having fun on the set of Falcon Crest and he also sings a song from his show "Dark Shadows" on which he appeared as Quentin Collins in the 70s.

Thanks to a very kind David Selby fan who has sent the interview to me.

There's a new Susan Sullivan Interview on youtube I wanted to share with you.
She was interviewed at her home by Henk van der Meyden, a journalist from The Netherlands. I think this is from 1982 or 1983. 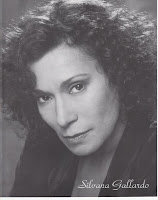 The new year has just started but we have already lost two Falcon Crest guest stars:

Silvana Gallardo died January 2, 2012 at the age of 58 in Paris, Kentucky. She played the role of Alicia Nuñez, Mario's mother in the first two seasons of Falcon Crest (1981-1982). She was also known for appearances on Cagney and Lacey, Trapper John M.D., The Golden Girls and Knots Landing.
Silvana Gallardo was an acting coach and writer and taught and coached some of Hollywood's biggest stars, including Angelina Jolie, Keanu Reeves and Peta Wilson. Together with husband Billy Drago she'd founded the production company Camellia Productions South and directed the film "Fading to Zero", a docudrama about the life and works of Brooklyn poet laureate Ken Siegelman. 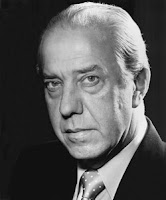 Ian Abercrombie died on January 26, 2012 at the age of 77.
He appeared twice on Falcon Crest: as Ross Beaton (1986) and as George Lathan (1987).
His other credits include Babylon 5, Seinfeld, Twin Peaks, The Nanny, Star Wars: The Clone Wars and he starred as the voice of Ambrose in 2011's Oscar-nominated movie Rango.
He also portrayed Ganthet in Green Lantern: The Ani­mated Series, completing his voice over work on the latest episode of the Cartoon Network show just before his death.

Abercrombie died in Hollywood, California from kidney failure. He is survived by his wife, Gladys.

They both will be missed.

David Selby was a guest on CNBC on February 5, 1996 (his birthday) and promoted his movie "White Squall" with Jeff Bridges and Jeremy Sisto.

Here's the interview. Thanks again to a David Selby fan who has taped the show and sent it to me so I can share it with you.

Thanks to a very kind David Selby fan who has sent the interview to me.

Enjoy the video (with our newly designed logo!) Hope you like it :-)

Jamie Rose wrote a very personal article about a very important issue: domestic violence against women. She writes about her personal experiences with violence and with her physically abusive husband and encourages women to break the silence.

Please find the article here. I hope that many women (and men!) will read her story and maybe some eyes will open.

Domestic violence against women and children is still a big issue all over the world that needs to be addressed.