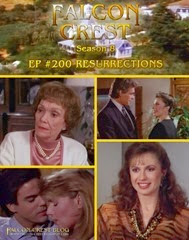 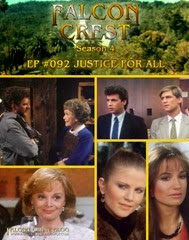 We continue our weekly opening marathon with season 7. How did you like the change with the animated falcon? 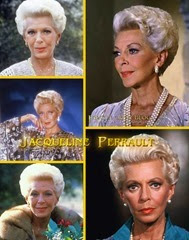 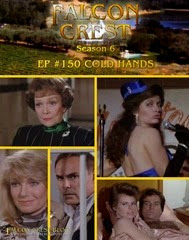 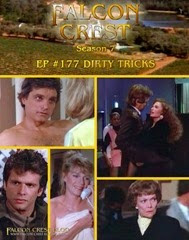 Sunday's Season Question: From season 1 to 8 she was one of our favorite characters - sexy, vicious, passionate: Melissa! What's your favorite Melissa-season? 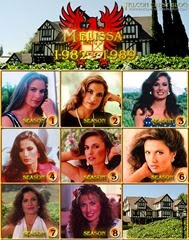 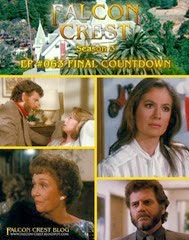 It's Friday and here's the second version of the season 6 maintitle. William R. Moses left the show and Brett Cullen became a regular cast member. 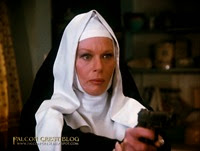 Remember this great scene? Julia, the nun with the gun! 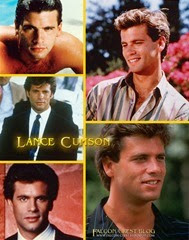 Susan Sullivan & David Selby together in an upcoming play 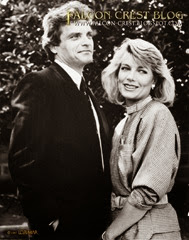 According to David Selby’s website davidselby.com, he will be reuniting with Susan Sullivan for a play in LA starting next month. Details will follow soon. 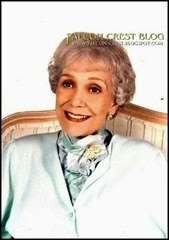 A star for Jane Wyman! On May 11, 2014 Jane Wyman will receive a posthumous tribute with her own star in Palm Springs, located on the sidewalk in the community where she lived for many years (in front of the Azul Restaurant at 369 North Palm Canyon Drive).

Last year, president Bob Walker of the Palm Springs Walk of Stars was seeking $5,000 in donations for Jane’s star (see our news dated 26 September 2013) and now it’s final: Jane will get her well-deserved star.

According to falconcrest.org the event managers were able to get "Falcon Crest" co-producers, executive story consultants and script writers Stephen Black and Henry Stern to deliver a speech during the ceremony. They both worked closely with Jane Wyman for more than two and a half seasons on "Falcon Crest" and have been members of the community in Palm Springs for years.

"Falcon Crest" cast & crew members will attend the festivities. A screening of one of Jane's movies will take place on the evening of the star ceremony.

The event is open to the public, and fans are welcome to attend. 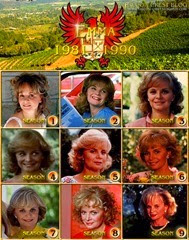 How's tricks? Emma was a great and funny character that changed a lot over the years. What was your favorite Emma-season?

Happy Weekend everyone! It's Friday!

New season, new opening! It's Friday and here's the first version of the season 6 maintitle. My favorite maintitle design!

#ThrowbackThursday brings us a trailer from the good old times when Falcon Crest aired on SoapNet. As requested, here you go.... 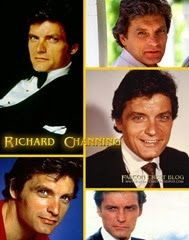 Friday is Opening day! Here's the third and last version of the season 5 maintitle (a shorter version, without Ken Olin). How do you like this one?

It's ThrowbackThursday at Falcon Crest! Welcome back to Lance & Melissa’s first wedding. One of the greates scenes of season 1: 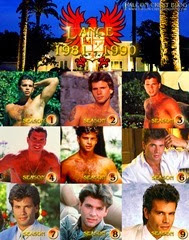 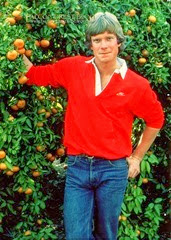