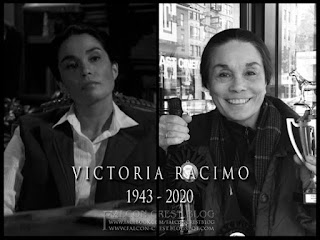 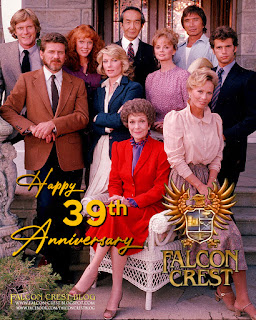 It's been 39 years, since our very first episode aired. After all these years, the fans are still here, the characters are still in our hearts and we remember 227 episodes full of love, hate, intrigues, earthquakes, murders and passion in Angela Channing's vineyards.
To Falcon Crest! To the fans! To you!
at 9:00 AM No comments: 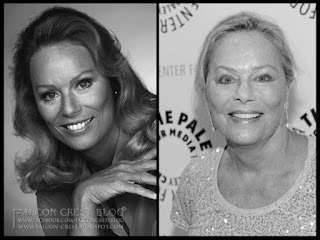 This is a very sad day for us Falcon Crest fans:

Abby Dalton has passed away following a long illness at the age of 88.

The actress was best known for her role as Julia Cumson on Falcon Crest as well as being nominated for an Emmy for Outstanding Performance in a Supporting Role by an Actor or Actress in a Series for her work on Hennesey, in 1961.

Her spokesperson Sue Procko confirmed she passed away on November 23, reports Deadline.

Born in Las Vegas, Dalton began her acting career with writer-producer Roger Corman in 1957, debuting in the beatnik film Rock All Night. During the next few years, she appeared in numerous Corman films including Teenage Doll, Carnival Rock, Stakeout on Dope Street and more.

Dalton landed a role in 1959 on Jackie Cooper’s Hennesey series, playing Cooper’s girlfriend on the comedy-drama set at a naval hospital. The role earned her an Emmy nomination for Outstanding Supporting Actor in 1961.

In 1962, she was cast a Joey Bishop’s wife on The Joey Bishop Show. According to Procko, the show premiered on September 15, 1962 and two days later, on September 17, 1962, Dalton’s character Martha Hale married Cooper’s Chick Hennessey. Within two days, the actress had “married” two different television characters on two different networks.

Other TV credits included roles in The Jonathan Winters Show, My Three Sons, Nanny and the Professor, The Young and the Restless and Love, American Style.

Known for her offbeat humor, Dalton was a mainstay on game shows of the 1970s including Hollywood Squares, Match Game and Super Password.

Dalton continued making TV guest appearances throughout the 1970s on such shows as The Waltons, Barney Miller and Police Story, but it was the very popular Falcon Crest that gave the actress her widest exposure. In 1981, she landed the role of Julia Cumson, playing opposite Jane Wyman. Dalton remained on the show until 1986.

The actress is survived by her husband of 60 years, Jack D. Smith; their three children, Matthew, Kathleen and John; as well as three grandchildren and a great-grandson.

Our thoughts are with the family and friends.

We will miss you, Abby. 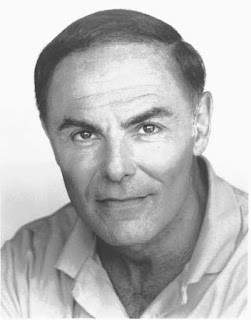 John Saxon, the versatile actor whose career dated back to the early 1950s, died of complications from pneumonia at the age of 83.


The Brooklyn, New York native played a wide array of characters and ethnicities in more than 200 movie and television appearances over a span of about 60 years.
He was best known for his work in westerns and horror movies that included high-profile roles alongside Marlon Brando in The Appaloosa (1966), martial arts legend Bruce Lee in Enter The Dragon (1973) and the original Nightmare On Elm Street (1984).

He studied acting with famed actress and acting teacher Stella Adler before beginning his career as a contract actor at Universal Pictures.


Stay safe and healthy everyone!
Have a nice weekend and watch some Falcon Crest episodes 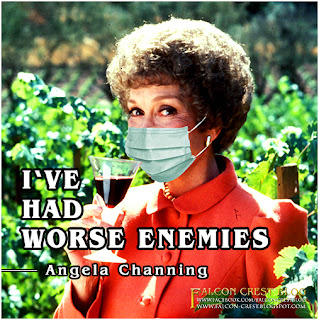 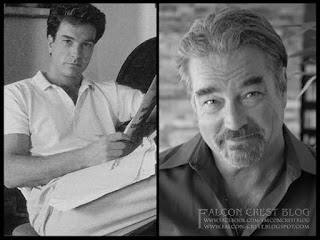 John Callahan died at the age of 66, his ex-wife Eva LaRue announced on Instagram Saturday.
According to a representative for the actor,

Callahan died unexpectedly on the morning of Saturday, March 28, after he suffered a massive stroke at his Palm Desert, California home. On the morning of Friday, March 27, paramedics responded to a call and rushed the actor to Eisenhower Medical Center in Rancho Mirage, California where he was put on life support. Daughter Kaya Callahan and his ex-wife and former “AMC” co-star, Eva La Rue, were notified immediately and drove from Los Angeles to Rancho Mirage.

The rep notes that Callahan’s death is not related to COVID-19, “but due to the current hospital safety regulations, the younger Callahan and La Rue were able to see the actor for a limited time before having to exit the hospital.  They were then notified of Callahan’s passing shortly after midnight by phone.”

In a statement, La Rue said, “We are extremely saddened and distraught over the loss of John.  He was my great friend, co-parent and an amazing father to Kaya. The absence of his bigger than life, gregarious personality will leave a hole in our hearts forever. Words cannot express the shock and devastation we are feeling at this time. The Yankees just lost one of their greatest fans.”
John Callahan appeared on “Falcon Crest” from 1986 -1988 (seasons 5 to 7) as Peter Stavros's son Eric.

He also played Edmund Grey on “All My Chikdren” from 1992-2005 where he met La Rue, who played Dr. Maria Santos Grey on the soap. Their characters were dubbed one of daytime’s super couples. The actors later were married in real-life and welcomed their daughter, Kaya.
No information regarding a memorial service for Callahan has been made available and the family will issue no further comments at this time.  The family has asked for privacy and appreciates all positive thoughts and prayers sent.

source: www.soapoperanetwork.com
at 9:24 AM No comments:

This is a Season 5 opening of Falcon Crest in Season 1 style with the split screen. How do you like this version? Would you have liked to see all the seasons of Falcon Crest with this opening when it aired?

37 years ago.... Happy Birthday, Falcon Crest. Long may you live! 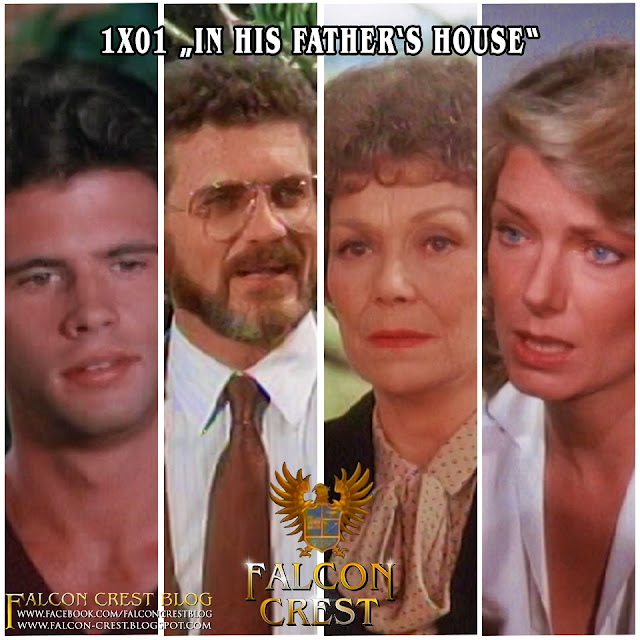 I know that most fans are not fond of the Falcon Crest new age season 9 opening theme. However, I wanted to try something new: The season 2 opening in the style of the last season.
I hope you enjoy it anyway.