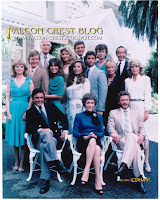 The WARNER ARCHIVE COLLECTION asks for some more patience concerning the season 3 release date. The season will definitely be released as an MOD edition in the USA. Due to the extensive picture remastering, an exact release date cannot be given at this time.
In the meantime, however, WARNER BROS. offers many season 3 episodes on Amazon Instant Video in their original U.S. version. These videos are not remastered and can be downloaded only by people using a U.S. IP address and with a U.S. residence and credit card.

With WARNER HOME VIDEO's current product policy for older shows and due to unsatisfactory sales of seasons 1 and 2 in total, a season 3 box release with regularly pressed discs has become rather unlikely on the German speaking market unfortunately. However, according to WHV Marketing Director KAI UWE MARNER (06/25/2012), season 3 is likely to be released as an MOD edition (manufactured on demand - burnt discs); this seems also possible for later seasons. In a conversation with DFCF President THOMAS J. PUCHER, the Marketing Director said that, compared to an MOD edition in the USA, which includes the original audio only, an MOD edition in the German speaking market is much more difficult from a technical point of view as the current MOD versions are only compatible with the DVD-5 format, which is not suitable for a second audio layer and, hence, would only allow for the German audio to be put on. The release will make sense only as soon as an MOD edition compatible with the DVD-9 format can be produced.
This means for the German speaking market:

Not the news we hoped for but anyway: It's coming. We just have to be patient. I'll let you know as soon as more news are available. 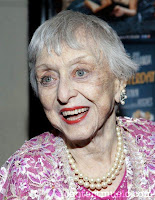 Sad news: Oscar-winning actress Celeste Holm (Anna Rossini from Falcon Crest's seasons 4 & 5) died at her home in New York on Sunday at the age of 95, her great-niece, Amy Phillips, confirmed.

Holm had been hospitalized about two weeks ago with dehydration. She asked her husband on Friday to bring her home and spent her final days with her husband, Frank Basile, and other relatives and close friends by her side, said Amy Phillips, who answered the phone at Holm's apartment on Sunday.

Holm died around 3:30 a.m. at her longtime apartment on Central Park West, located in the same building where Robert De Niro lives and where a fire broke out last month, Phillips said.
"I think she wanted to be here, in her home, among her things, with people who loved her," she said.

Holm won an Oscar for best supporting actress in Elia Kazan’s 1947 movie about anti-Semitism Gentleman’s Agreement which starred Gregory Peck. She later was also nominated in the category for All About Eve and Come To The Stable.

Holm was born and raised in New York City and began acting in school plays. She studied acting in college and eventually embraced it as a career. Her first major Broadway role came in a 1940 revival of The Time of Your Life, co-starring fellow newcomer Gene Kelly. Holmes then starred in Rodgers & Hammersteien’s Broadway blockbuster Oklahoma! before her movie career took off in the late 1940s. Other movies included The Tender Trap with Frank Sinatra, High Society with Bing Crosby and The Snake Pit with Oliva de Havilland. In TV, she was nominated for Emmys for Insight and Backstairs at the White House. Holm also appeared in several TV shows during the 1970s and ’80s including Fantasy Island, Falcon Crest and Archie Bunker’s Place. She also appeared in Third Watch, Touched By An Angel and Promised Land. Holm was married five times.

On her 87th birthday she wed opera singer Frank Basile who now survives her. She is also survived by two sons and three grandchildren.