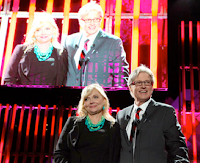 Cindy met her co-star Bruce Boxleitner from the original "Tron" movie (1982) at the event.
In December 2010, the film will hit theaters, unfortunately Cindy is not in it.
"Indirectly folks called casting, and indirectly they said, 'We love Cindy, but there rea 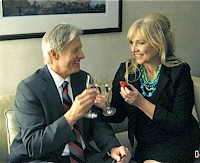 lly isn't a part for her on this film,'" Morgan told SCI-FI Wire in a telephone interview.

Fans have been lobbying for Morgan to be in the movie, which has wrapped production: There are active campaigns online, such as "Yori Lives" on Facebook, which is independent of Morgan herself.

"All I know is what I'm seeing online," Morgan said. "I am so thrilled and touched and excited about the fan reaction and about people talking about the first one and how it relates to the second one. I can't tell you how warm a feeling I get from that. It just means so much."

Nobody from Tron Legacy contacted Morgan, and she did not directly speak with anyone from the Joe Kosinski-directed sequel.