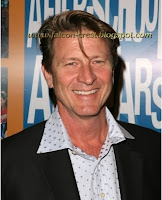 According to brettcullen.com, Brett Cullen started shooting a new TV series in Shreveport-Bossier City on March 29. “The Gates” is a one-hour drama set to air on ABC. The first 13 episodes will be shot at Stageworks in Shreveport and locations throughout the area. The show is about a big-city cop who becomes a police chief in a small suburban town, where there is more than meets the eye, the news release states. Shreveport-Bossier City’s look, film-friendliness and the availability of experienced film crews all played a part in Fox choosing the area for the show.

“We competed with several other cities and states to bring ‘The Gates’ to this area, and we are hopeful this is just the beginning of a long collaboration with the studio and network,” said Arlena Acree, Shreveport Director of Film, in a prepared statement. “‘The Gates’ will strengthen our local film industry and will continue to drive our crew and vendor base. We couldn’t be more thrilled to welcome ‘The Gates’ to Shreveport-Bossier.”
at 1:03 AM