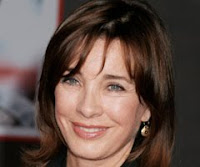 Anderson Cooper is launching a weeklong series about Scientology Monday, covering many of the allegations against the controversial religion already reported by RadarOnline.com.

Scientology spokesman Tommy Davis, son of actress Anne Archer (Cassandra Wilder from Falcon Crest's seasons 4 & 5), is interviewed by Cooper and claims that while there has been violence committed against members in the elite Sea Organization, the guilty offenders are those very people now making allegations against Miscavige.Hollywood helped make Scientology famous, and the church claims its membership is "most definitely in the millions in the U.S.," according to spokesman Tommy Davis. Yet the American Religious Identification Survey lists the number of Scientologists as just 25,000 in 2008. That was just one of the stunning findings in a blockbuster New York Times article on the growing number of members defecting from the controversial religion.
"The church works hard to cultivate public members -- especially celebrities like Tom Cruise, John Travolta, Anne Archer and Nancy Cartwright -- whose money keeps it running," the article states. But even Hollywood is starting to turn its back on Scientology. As RadarOnline.com reported last year, Oscar-winning writer/director Paul Haggis of Crash fame, bolted after 35 years.Anne Archer, along with her husband Terry Jastrow, have been members of the Church of Scientology, since 1975. Between 1982 and 1986 Archer was a spokeswoman for Applied Scholastics, the literacy training organization sponsored by Scientology.

Her son Tommy Davis is the head of the Church of Scientology's Celebrity Centre International in Los Angeles, California.
at 3:16 PM