Currently, Brett Cullen films the movie "Crooked Lane", a paranormal thriller set in New Hampshire and based on a true story passed down over two hundred years, generation to generation..
Joining Cullen is Ann Cusack ("Six Feet Under") as Ava.
The movie is scheduled for 2010.

Here are some pictures taken on the set while filming: 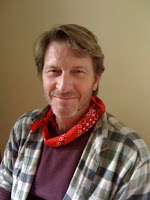 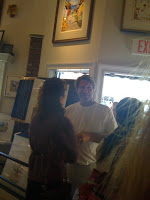 If you're interested in all details of the filming process, there's an official Movie Blog and a Facebook Group.

On July 11, seacostonline published an article about filming the movie in Portsmouth:

Thumbs up to the cast and crew making a movie this week in Portsmouth.

It was lights, camera, action at the entrance to Commercial Alley on Monday for "Crooked Lane," a movie being shot by Left Bank Films in Portsmouth and Barrington.

The movie was written and directed by Left Bank's Chase Bailey, a Portsmouth resident. He has worked with Johnny Depp and John Malkovich.

In addition to stars Ann Cusack and Brett Cullen, there were also 22 extras on hand, including Steve Scott of Portsmouth, who has no intention of pursuing acting.