Lauren Hutton returns to the Valley 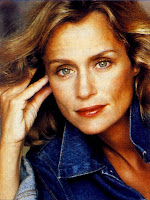 Lauren Hutton (Liz McDowell in Falcon Crest's Season 7) returns to Sonoma for the 13th Annual Sonoma International Film Festival. More than 65 films will be shown within walking distance of the downtown square.

But, more than the films will be featured at this year's event. Festival Director of Operations Mary Catherine Cutcliffe counts 16 wineries that will be pouring and 8 food purveyors that will be serving throughout the event.

The Sebastiani Theater (which was often shown on Falcon Crest) will remain the premier venue, but Cutcliffe told Your California Show that festival organizers are really ex

cited about this year's new screening location, Ramekins Culinary School. All films shown at this venue will have a culinary theme.

"The chef there is going to be creating food pairings with the films," Cutcliffe said enthusiastically. "That's going to be super fun."

Tables will be placed in front of the moviegoers, so they can sample the treats throughout the show. Ramekins also has a full liquor license, so beer, wine and cocktails will be served as well.

The Festival leads off April 15th at the Sebastiani Theater with the world premier of Coals to Newcastle, a documentary on one of the British music scene's cutting-edge funk bands, The New Mastersounds.

"When (Hutton) accepted our offer, she asked if her friend Robin Williams could come along," Cutcliffe told us. "We're very excited to have Ms. Hutton here throughout the weekend.

Hutton's latest film, The Joneses (see our news dated 2009-06-14) with Demi Moore and David Duchovny, will be the closing night film on Sunday.

The movie had its premiere two days ago. Here are some pictures from the event: