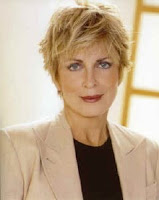 Christina Hawthorne (played by Jada Pinket Smith), a compassionate and headstrong Chief Nursing Officer heading up a group of dedicated nurses at Richmond Trinity Hospital who spend long days and nights on the hospital's front lines. Joining Pinkett Smith in HAWTHORNE is Michael Vartan as Dr. Tom Wakefield, the oncologist who treated Christina's husband and who serves as director of medicine for the hospital. The cast also includes Suleka Mathew as Bobbie Jackson, a fellow nurse and one of Hawthorne's best friends; David Julian Hirsh as Ray Stein, a nurse struggling with being accepted in a female-dominated profession; Christina Moore as Candy Sullivan, a nurse with a unique sense of duty; and Hannah Hodson as Camille, Hawthorne's daughter. In addition, special guest star Joanna Cassidy portrays Amanda, Hawthorne's mother-in-law, who also happens to be a member of the hospital board.

Synopsis from TNT: Hawthorne takes place at Richmond Trinity Hospital in Charlotte, N.C., where the strong-but-caring director of nursing, Christina Hawthorne (Jada Pinkett Smith), continuously fights battles she often knows she won't win. Whether treating the homeless woman in front of the hospital like a human being or trying to talk a suicidal cancer patient off the ledge, Christina must challenge hospital administrators, heartless doctors, apathetic colleagues and a system that sometimes forgets it's there to serve the sick. Recently widowed and the mother of a smart, willful teenager, Christina juggles her career with her equally important role as a single parent. Between the two, she barely has time for herself and has difficulty keeping things together. But she knows she has to and can't give up on anyone. That's what her passion requires; it's what it takes to be a hero.

Find more information at the Official Site.
at 12:22 PM