Currently, he is working as music supervisor on "A woman is a woman" (with Sean Young) and "Sensual"and as the composer for "Small Town Hero". All movies are announced to be released in 2010.

Here are some pictures taken at the Benefit Gala Concert on May 16, 2009: 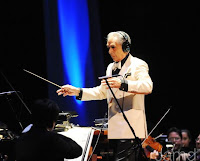 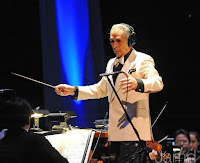