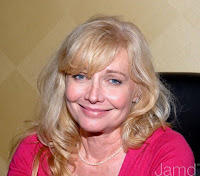 On June 25 The Chicago Sun-Times has published an interview with Cindy Morgan (Gabrielle Short Season 6 and Lori Stevens Season 1).

Read what the actress is doing right now and what she has to say about baseball.

New Shack for 'Lacey': Diamond in the rough

Cindy Morgan took some time off from writing to do some writing. The actress, whose main claim to fame came as Lacey Underall in ''Caddyshack,'' went to Cooperstown, N.Y., for an autograph appearance over the weekend.

''Signing in Cooperstown on Father's Day,'' Morgan told Quick Hits. ''My dad would have been so proud.''

So she made it to baseball's Hall of Fame?

''I was inducted on Sunday, but I declined because my baseball isn't what it used to be,'' she joked. ''There would have been questions about how I got there.''

Interesting that someone so associated with a golf movie would be big in the baseball world.

''It's all about having fun -- which is sports, which is getting outside, which is having a good time, and I don't think it's limited to golf at all,'' said Morgan, whose Web site is cindy-morgan.com.

''My dad in a million, zillion years never would have predicted this. And he died in '96. 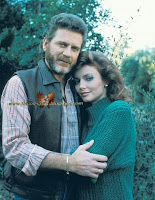 But I got a feeling on Father's Day, what better gift could I give him than to be signing at Cooperstown. That was very cool for me. He would have been very proud.''

As he no doubt was proud to have his daughter appear in one of filmdom's classic comedies.

Morgan is working on a book that concerns that 1980 flick in which she was an unforgettable chick.

''From Catholic School to Caddyshack,'' she said of the working title. ''It's the story about how a nice Midwestern girl from Chicago ended up dropped into the midst of a movie called 'Caddyshack' -- and lived to tell the tale.''

There also is to be a Biography Channel ''Caddyshack'' show with an October delivery date.

''The other thing about the book is technically I can't use the publicity stills from the film,'' she said. ''But imagine someone was walking around on the set with their own camera 30 years ago and taking pictures -- hundreds and hundreds of pictures. Somebody did. And I've got them.''

So this will be something of a picture book? 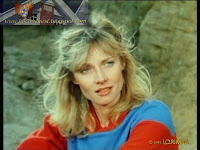 Quick Hits is a big fan of pictures -- especially if they are of Morgan.

And maybe one of these days, she will return to her hometown.

''I hope I come to Chicago so we can play a game of miniature golf,'' she said.

Until then, Quick Hits will contemplate playing a round with her.