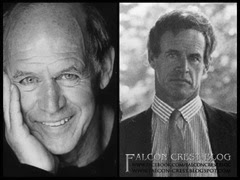 Geoffrey Lewis, who played the role of Lucas Crosby in Falcon Crest’s seasons 3 and 4 died Tuesday in Woodland Hills, Calif. of natural causes, according to a family friend. He was 79. The character actor was the father of actress Juliette Lewis.

Lewis starred in Eastwood’s High Plains Drifter,Thunderbolt and Lightfoot, as Orville Boggs in Every Which Way But Loose and Any Which Way You Can as well as in Bronco Billy, Pink Cadillac and Midnight in the Garden of Good and Evil.

Among his other film credits were The Devil’s Rejects, Michael Cimino’s Heaven’s Gate, John Milius’ Dillinger  and Michael Ritchie’s Smile.

Born in 1935 in San Diego, Lewis spent his childhood in Rhode Island before moving back to California with his family at age 10.

He was nominated for a Golden Globe for his work on the 1980 TV show Flo. Other television credits include Murder, She Wrote, Hawaii Five-O, Little House on the Prairie and Barnaby Jones.

Juliette Lewis posted a tribute on Instagram, saying “He loved us so. I am forever my father’s daughter.” 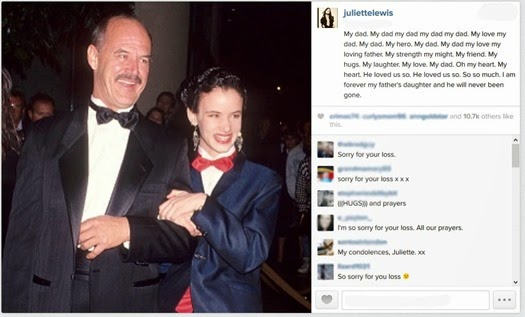