Soap veterans Morgan Fairchild and John Callahan will both star in the upcoming gay-themed romantic comedy movie "eCupid - Love on the download". The movie
was shot by the end of last year in West Hollywood, California and will be released in 2011.


Unfortunately, there's no official release date yet, but the movie will be shown at the Detroit Independent Film Festival on March 11, 2011.

If you want to be kept updated about this movie, please join their facebook site or visit the offical website.


Synopsis: Marshall (Houston Rhines) is a cocky young ad man working at a dead-end job for a boss (John Callahan) who overlooks his talents. After seven years with his boyfriend, Gabe (Noah Shuffman), Marshall's love life has become too comfortable. On top of that, he's turning 30!

He is desperate for a new life. He goes looking for it online, where he comes upon a mysterious app called “eCupid” that guarantees to find true love. From the moment he downloads it, “eCupid” scans every inch of Marshall’s online world and instantly turns his life upside down.
Marshall suddenly gets everything he thinks he wanted. Newly single and ready for adventure, "eCupid" overwhelms Marshall with sexy guys at every turn, each promising to be the man of his fantasies. But too much of a good thing may not be a good thing. Marshall soon finds that all the attention is more than he bargained for.
With the help of a wise and mysterious waitress (Morgan Fairchild), Marshall is given one last chance to listen to his heart and figure out what (and who) is really important. 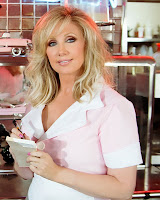 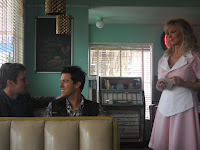