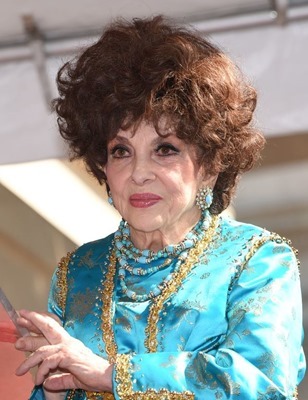 Falcon Crest’s season 4 guest star Gina Lollobrigida was honoured with a star on Hollywood's Walk of Fame on Thursday to celebrate a half century as one of the world's most iconic leading ladies.

The Golden Globe-winning star, 90, has appeared in about 60 movies but her big breakthrough came when she starred alongside Humphrey Bogart in John Huston's 1953 romp "Beat the Devil."
Italians dubbed their answer to Elizabeth Taylor "the most beautiful woman in the world" after she starred in her signature movie "La Donna piu bella del mondo" (1955).
"What can I say? I'm very moved. I didn't expect, after so many years, to be back here and to have all this love," Lollobrigida said, speaking in English.

"I was very spoiled in America, even when I came the first time, and I did the first movie with MGM, with Frank Sinatra. I remember they treated me like a queen. I will never forget that."
She thanked fans for making her famous across the world, declaring that the movies, unlike other artforms, were "magic" and that working made her "feel alive."

Tiziana Rocca, the general director of the ongoing Filming on Italy festival in Los Angeles, described Lollobrigida as a "legend" with an "outstanding career."

The actress, once a famous Italian pin-up, is perhaps best known for her performance in the 1956 US movie "Trapeze," in which she starred alongside Burt Lancaster and Tony Curtis 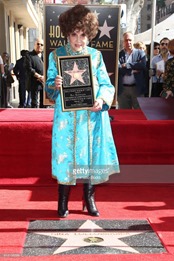 Born Luigina Lollobrigida in Subiaco, Italy on July 4, 1927, she was a model and beauty pageant contestant in her youth. She finished third in the 1947 Miss Italia pageant.
Lollobrigida won the first of her three David di Donatello Awards from L'accademia del Cinema Italiano as best actress in 1956 for "Beautiful but Dangerous."
Affectionately known as "La Lollo" by fans, she also won the award in 1963 for "Imperial Venus" and 1969 for "Buona Sera, Mrs Campbell."
As well as Sinatra, Lollobrigida worked with luminaries including Errol Flynn ("Crossed Swords"), Bob Hope ("The Private Navy of Sgt O'Farrell") and Sean Connery ("Woman of Straw").
She made two films with Rock Hudson -- "Come September" and "Strange Bedfellows" -- while other memorable movies include "Trapeze," "The Hunchback of Notre Dame," "Solomon and Sheba" and "Hotel Paradiso."
In the 1970s Lollobrigida turned her interest to photojournalism and today she keeps busy with photography and sculpture.