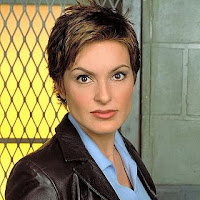 Congratulations to Mariska Hargitay for a 2009 Emmy nomination for Outstanding Lead Actress in a Drama Series for her role as Olivia Benson in Law & Order: SVU.

This is Mariska's 6th Emmy nomination in a row. She has won the trophy in 2006.